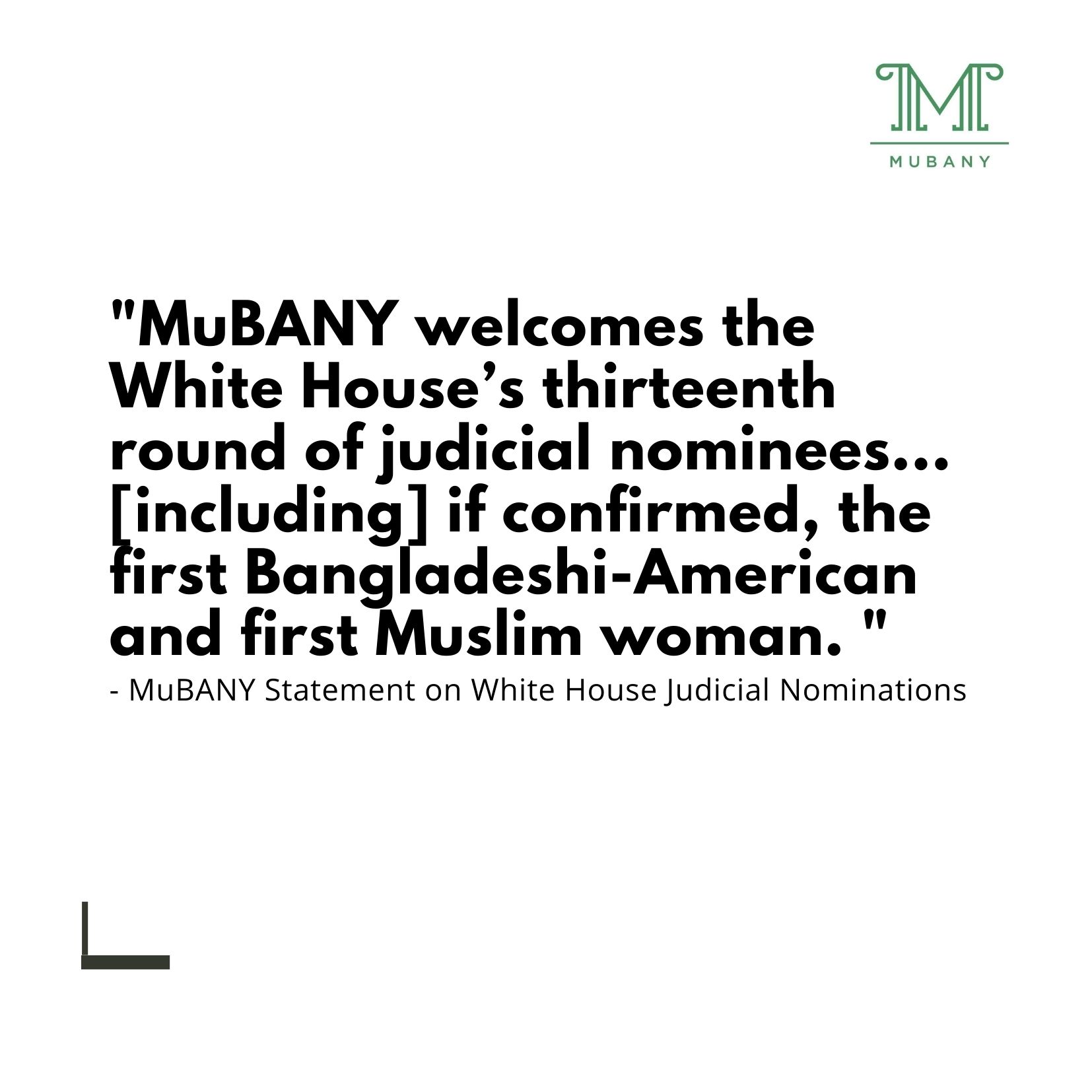 MuBANY welcomes the White House’s announcement naming the Biden-Harris administration’s thirteenth round of federal judicial nominees. The slate of nominations reflect both the personal and professional diversity of America, and we applaud the administration for their commitment to diversifying the federal bench. Today’s announcement includes candidates with an impressive range of personal and professional experiences—Federal defenders to sitting state and federal judges; law firm partners to legal directors of prominent civil rights organizations; African-Americans, Latinas, and Asian-Americans. The announcement also includes Nusrat J. Choudhury who, if confirmed, would be the first Bangladeshi-American, the first Muslim woman, and only the second Muslim person to serve as a Federal Judge in the country. If confirmed, Ms. Choudhury would also be the first Muslim Federal Judge in the State of New York, a fact that MuBANY appreciates beyond measure. MuBANY hopes that Ms. Choudhury is the first of many Muslim women to serve on the Federal bench.

MuBANY looks forward to continuing to work with the Biden-Harris administration in identifying additional qualified candidates for the federal bench and establishing a judiciary that reflects the diversity it presides over. In October 2020, MuBANY wrote to the Biden-Harris campaign to note the dearth of Muslim-American representation on the federal judiciary, and noted that “the Muslim American community is currently one of the most ethnically diverse faith communities in the U.S.” and that “Muslims’ role in America pre-dates the founding of the nation.” MuBANY welcomes the strides that these nominations take in moving the needle forward on this representation, and looks forward to much more.

To learn more about MuBANY or our judiciary initiative, please visit our website or email us at info@mubany.org.